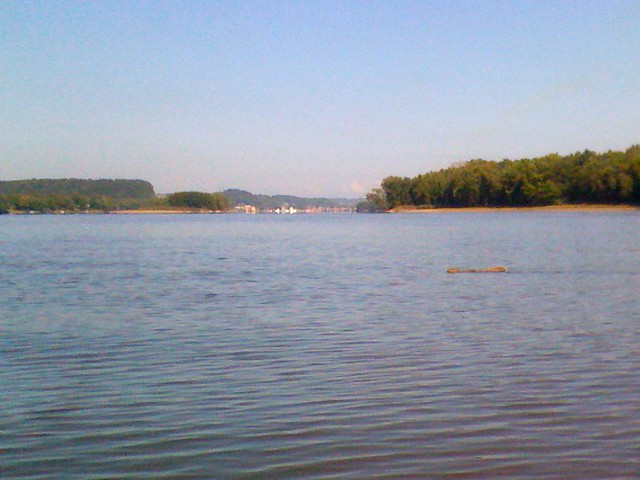 I figure it’s useful to follow Mae West’s advice whenever possible, even when it’s applied to shopping, which is one of my least favorite activities and induces a kind of anxious narcolepsy in me, if such a thing is possible. “Outfitting” is just a fancy word for shopping, after all, and getting outfitted for a sport at which I have pretty minimal experience is a competition between salesmen who have comparatively expert knowledge and foolish me whose only advantage is that I simply don’t have the budget to do what they would bid me to do. $3000 kayaks, anyone?!?! I don’t think so! (it IS a very sexy machine, I can tell that even without knowing anything about it!)

The interesting thing about our endless shopping day yesterday is that we revised the plan somewhat, in a way that I think will alter the trip in a very rich and useful way.

The original plan had been that we would get a tandem kayak and on any given day, two people would be kayaking down the river while the third of us would drive down and meet us. That way we would have the support of a car, each person would have a day off the river once every three days and could scope out interesting off-river stuff, find groceries and water and internet, and carry all the camping gear and ancillary stuff so the kayak wouldn’t have to. The idea was to procure a tandem kayak that could be adjusted to serve as a solo kayak for times when there are only two travelers instead of three.

It turns out that an adjustable tandem kayak is not a good choice for a long touring journey. So we agreed that the better choice is to buy a solo kayak, and then on any given day, one person will be paddling, one will be biking, and the third will be driving. I am totally LOVING this revised plan, partially because it means that each of us will in fact be taking parallel SOLO journeys down the river, gathering after each day’s travels to compare notes and hang out together. In general, I think a solo journey is a much more interesting way to travel. In my experience, you’re just much more OUT there, and strangers interact with you much more freely, and in every way it’s really preferable. But doing a parallel solo journey WITH other people prevents the loneliness and extremity that would be sort of unavoidable if I did a four-month solo trip down the river.

So rather than feeling like we’ve compromised the plan by changing to a solo kayak, I’m really feeling excited about the new balance between alone and together we’ve created for the journey.

But we still have to go back and actually BUY everything today, and I wish that part could just magically be finished! Hopefully by the end of the day today!!!!