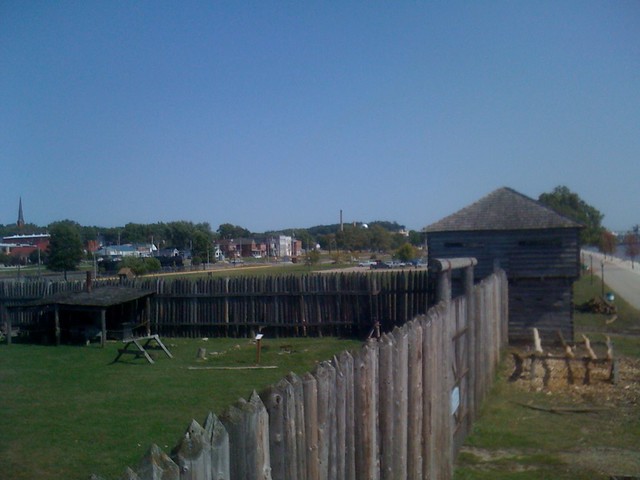 This morning I went to the Joy Baptist Church in Fort Madison. I think it’s the first time I’ve been to a Baptist church, and it’s a step towards visiting a form of Christianity that is pretty foreign to me. People were very warm and inviting, there was lots of enthusiastic singing of hymns that are definitely not in the Episcopal hymnal, and the pianist was really good (the song-leader guy said she used to be an opera singer in NYC, check it!) And the sermon was a discursive journey through Philippians by a pastor who evinced utter certainty about the efficacy of beating children (it was Family Day), along with the utter certainty that he is saved. Towards the end of the service, we were asked to raise our hands if we are sure we are saved, sure that we are going to heaven. I couldn’t raise my hand, (as I left, one man patted my shoulder and said “Keep coming back,” sort of like at a 12-step meeting) and it got me to thinking that probably according to these folks I am not really a Christian, not really a believer at all. I left the service thinking hard about what it might do to a person’s life if one were to live it in the utter certainty of salvation and forgiveness, sure of a beautiful upcoming afterlife. One might embrace his sinfulness and brokenness, as this pastor did in his sermon, but insist nonetheless that heaven certainly awaits him. He said at one point, “I am not interested in justice, I am interested in mercy.” Yes, I can follow that, I can, but I don’t like the self-satisfied certainty of this guy’s approach, which colors all his pronouncements, all his opinions. God’s mercy is very strange indeed, (as Graham Greene so beautifully articulates in Brighton Rock,) but I don’t think I would want to live in the certainty of mercy as opposed to justice. I think perhaps faith in justice and hope of mercy might lead to a more generous and honorable life, but what do I know?

A few other little things I am beginning to notice. The regional accent has begun to change. Maybe south of Davenport it began — certainly by Burlington you can begin to hear vowels that sound vaguely Southern to me. Also, the church activities are divided by gender (I began to notice this at the Presbyterian Church in Le Claire last week, actually) — the men are asked to do maintenance work on the church and the women (ladies, actually) to cook and serve lunch, for example. And it gets me thinking about how gender roles are so deeply embedded in our culture, in most cultures of course, and how very lucky I feel to go to churches in both New York and Vermont where you aren’t required to have breasts to serve on the hospitality committee and don’t have to have a penis to preach.

I had planned to do a second split day of paddling and biking after church (yesterday was my first day of implementing this wacky plan of putting the bike at the pullout point, paddling the kayak down to the bike, and biking back up to the car, and it was very cool to have this doubled experience of the river from both the water and the land), but when I got to the launch where I had left the kayak, I realized the wind was against me at about 13-15 mph, and would definitely make for too long a day on the river. So I decided to check out the restored Fort Madison, a very early 19th century settlement that was once the only stop between St. Louis and Prairie du Chien. The soldiers had burned the fort to the ground when they abandoned it in 1813, and it was reconstructed about twenty years ago by volunteers from the maximum security prison here in Fort Madison, led by a lifer named Walter Smith. I ended up having a long conversation with the historian who runs the place, (I didn’t get his name), who was dressed up in period clothing as the Lieutenant of the fort. The actual Captain had been a brutal man, so awful that the doctor assigned to the fort had complained to the authorities about his behavior. I got a detailed description of the various tortures the Captain regularly visited upon the fifty or so enlisted men under his authority. Do you suppose he also was sure he was saved?

Walter Smith, the prisoner who headed up the rebuilding effort, is in his seventies now, if he is still alive. Perhaps he is at the penitentiary still. I’d be interested to know how he thinks about his several years’ work heading the team that re-built the fort. Do you think he is sure he is saved?