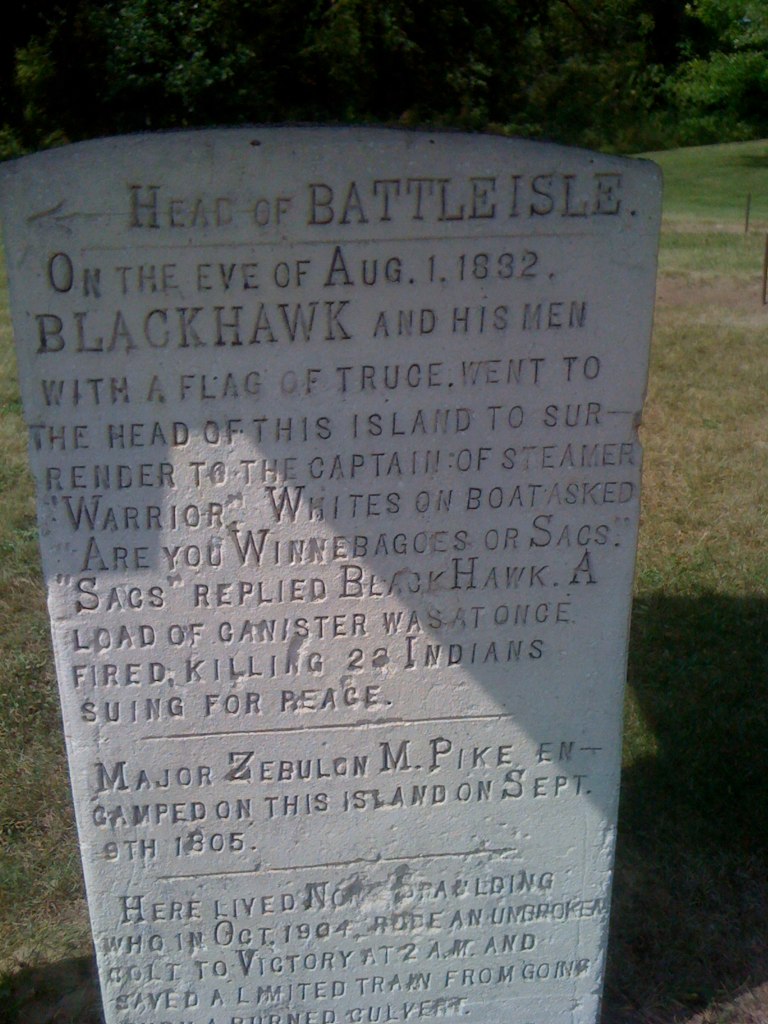 My paddling day yesterday ended at Battle Island, site of the last Native-White battle fought east of the river, on 1-2 August 1832, killing so many of Black Hawk’s band that the river ran red with their blood. Is it a coincidence that the perpetual prayer of the Franciscan sisters in La Crosse began on 1 August as well, some 46 years later? I would like to think not. I would like to imagine the Franciscan sisters repenting on behalf of the white soldiers, on behalf of all of us, and I would like to think that redemption is somehow possible.

Mac and I drove up to Ferryville, where we stopped at the post office to mail off a ridiculously late nameday present to agapimeni Despina, and were welcomed by Margie, the postmaster, who has decided to retire after 44 years of working, first in the La Crosse PO and then down here in Ferryville, where she grew up. She loves this place immoderately, and wants time to enjoy it fully before (as she put it) she’s “pushing up daisies.”

An older gentlemen came in and burst into tears (pride? grief? both?) when he told Margie that his granddaughter was heading off to the University of Minnesota. After he left, Margie allowed as how she loves men who cry, that she cries very easily herself and that she’s not going to give a retirement party because she would cry all the way through it. She had told a little girl at bible camp that she was just going to fly away on a broomstick (she’s retiring on 31 October), and the little girl had answered, very worried and serious, “You know, there’s no such thing as magic.”

Upon learning where we’re from, Margie told us that she herself hadn’t done a lot of traveling. She said she’d like to visit Vermont someday, that she’d been to Boston once and touched Teddy Kennedy’s sleeve at a meet-and-greet, and we laughed about the trope on “Who touched me?” Talk about redemption, but I’ll leave it to you to decide whether Margie or Teddy was more in need of it.

She also told us she’d been to Salt Lake City once, where she had come upon a man begging with two beautiful dogs reposing on each side of him, like the lions flanking the entrance to a library, and that he seemed to be an extremely successful beggar, because, as she said, ”People love animals much more than they love one another.“

I love Margie very much, and feel very very lucky to have met her, and I hope her retirement is full of joy and adventures and peace in just the balance she seeks.