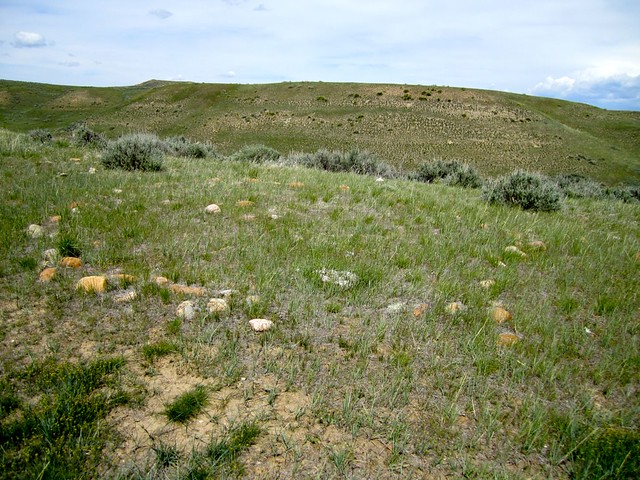 After the Easter trip to Mississippi, I ended up first in Sarasota, FL, at the Hermitage, then home to NYC for a minute, then back to Montalvo to retrieve my car and kayak and bike, and then I drove to northeastern Wyoming, where I am spending May at an artist’s colony at Ucross. I was here once a long time ago, and since then, they have built the most perfect composer’s studio ever. I really really love it here. Wow.

On Saturday I took a hike up to some teepee circles that are on a hill overlooking the tiny intersection that forms the town of Ucross (population 25.) It turns out that the name teepee circle is misleading: archaeologists do not find evidence of encampments or any domestic life at these sites, and seem to think the circles have something to do with religion or vision quests. And they are very old, at least 1000 – 2000 years old, maybe more.

What I found deeply striking, and the reason I am writing about it on this RiverBlog, was that the location of this teepee circle, on a plateau/promontory beneath the crest of an even higher hill, overlooking the river valley from a good height — removed, but not so high above as to be inaccessible or feel terribly remote — is that it seems like the natural analogue of the man-made mounds I encountered from Cahokia near St. Louis all the way down to Natchez. It almost feels like the Native Americans along the Mississippi river decided they needed to build artificial versions of this mountainous landscape along the river where no landscapes like this would ever naturally be found.

And because the migration of Native Americans I’ve been mostly thinking about is the 19th century exile from the East to the West, it’s really strange to imagine that perhaps Native Americans who had lived here in Wyoming and Montana moved east to the Mississippi river valley and decided to replicate an important Western geological/spiritual structure by hand. (I’m totally making this up of course, I have no actual knowledge of the migration patterns of Native Americans a thousand or more years ago.)

These teepee circles and mounds are ghost towns in some special sense — not abandoned villages, but evidence of a lost or abandoned spiritual life — more like Stonehenge than Derwent. I’m thinking that in the Middle East and Greece and Italy, (to name my own preoccupations,) certain places have always had mystical or spiritual significance, and those places often get re-purposed, re-visioned, as different religions and religious rituals develop. Are there churches in the UK that were purposely built on prehistoric religious/ritual sites? I’m not thinking of an example of that kind of re-purposing in the US: the National Cathedral is not on a Native American religious site as far as I know, and I think there’s not enough respect for the Native American spiritual tradition to even think in terms of wanting to borrow or re-imagine the spiritual power Native Americans found in a particular place. 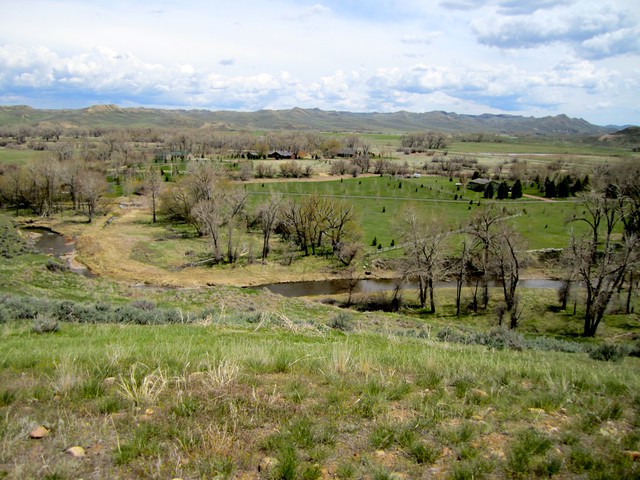