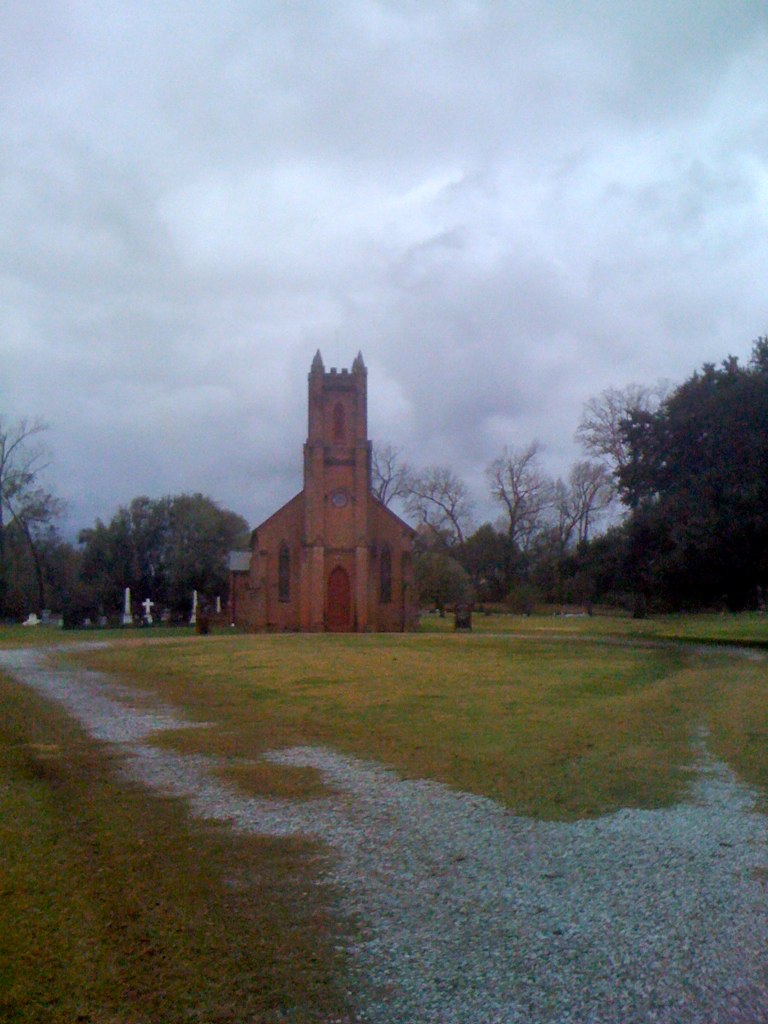 I spent a few days in Natchez camping at the state park just out of town and alternating working at the library and the cafe during the days. Natchez is one of those towns that revels just a little bit too much in its own beauty, if you know what I mean. If it were a person, it would not be able to pass a mirror without admiring itself. But it was a great place to hang out these gray rainy days: comfortable and well-equipped places to be indoors, an attractive downtown to wander around for an afternoon walk, and an empty and peaceful park not far from town where I could hang my hammock for cozy nights. Although one night my headlamp caught the eyes of some biggish creature who wanted to come out of the ravine near my hammock to check out the dirty dishes I had left out to be rinsed by the rain. I was already zipped into the hammock, so I yelled and kicked at the tarp and made enough ruckus to scare it away. I finally feel like I am officially no longer solely an urban person, ’cause I was happily asleep a few minutes later.

On Wednesday, I crossed the Natchez bridge and made my way down the roads closest to the west side of the river: I was too wimpy to bike in the cold and wet, so I drove very slowly through this lightly settled area: it’s the place where the Red and the Atchafalaya join the Mississippi, and the Corps of Engineers has a network of control structures designed to prevent the Mississippi from joining the Atchafalaya instead, which would leave Baton Rouge and New Orleans orphaned. I remember reading about it in John McPhee’s book, The Control of Nature

, but to actually see this Herculean and (according to many scientists and engineers) doomed effort was pretty intense. (You can read more about it and see some pictures here.)

And then I suddenly came upon St. Stephen’s Church, a gorgeously maintained little Episcopal church and cemetery that would perhaps look more at home in an Old or New England town than way out in this strange forsaken place dotted with a billion dollars worth of hulking dams, miles of sugarcane, and signs for Angola Prison on the other side of the river. The church was consecrated and named for the first martyr by “the Fighting Bishop,” Leonidas Polk, whose name came up as long ago as Columbus, Kentucky. (It was he who invaded previously neutral Kentucky, which then asked for Federal troops to defend the state, which ended up putting it in Union hands for the rest of the war.) Polk seems to me an inexplicably complex character: almost completely incompetent as a general, but beloved by his men nonetheless, he was also a rich planter who owned five hundred slaves. Five hundred slaves. I’ve never read a sermon justifying slavery by a person like Bishop Polk, and I think it would have to be kind of fascinating to watch the moral contortions.