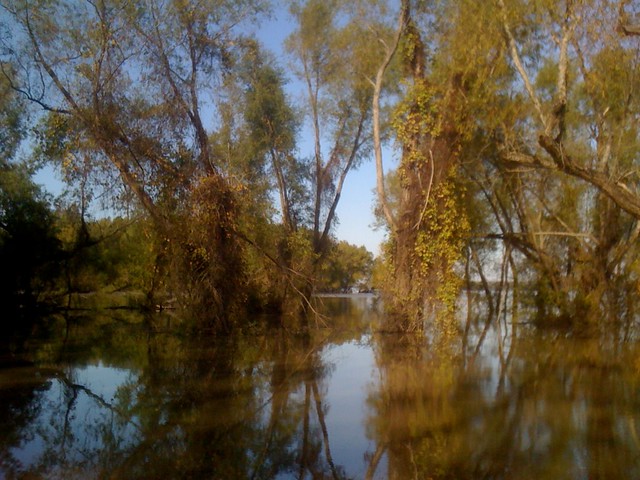 We drove through Forrest City on the way to St. Francis National Forest because I was curious to see the town, which had been described to me as one of the most segregated places in America. The downtown is a ghost town almost on the level of Cairo, but with this hopeful spray-painted message on a downtown building and a very excellent mural of a modern-dress St. Francis feeding the birds at the courthouse.

The ride through St. Francis Forest was the best biking day I’ve had on the trip so far. The road starts by wending past an excellent lake, where various folks were fishing, including Maurice, a very kind man, who expressed delighted amazement at my journey. “And you like camping, too?! You’re from New York City, you’re supposed to be shopping!”

The road turns to gravel and is more varied than most Delta roads because it follows Crowley’s Ridge. There are farms nestled back here, but it is mostly woods: deep ravines and trees festooned with vines. I kept expecting a snake to drop down from one of the vines onto my shoulders, but thankfully that didn’t happen. I like Vermont snakes, the snakes out here are way too scary. As the road gets closer to the river, you end up in the swamps, with cypress trees growing out of the water, and the sound of birds and frogs and insects is almost overpowering. I rode out to the mouth of the St. Francis River, where it meets the Mississippi, and I heard a woodpecker tapping in the trees. I don’t know if it was the famously elusive Ivory-Billed Woodpecker. But since I didn’t see it, I’m free to imagine it was…

At one place in these swamps, there was suddenly a sign for the Louisiana Purchase Baseline Survey. Turns out this exact spot in the wilds of eastern Arkansas swamps is the point from which the entire Louisiana Purchase was measured. You got to start somewhere, why not here?!

Eventually the road comes out in the northern part of Helena, but not before passing two cemeteries: the first is pretty derelict: a bunch of falling stones on a dark and wooded hillside. The second is the Confederate Cemetery, where David greeted me with a bag of pecans he had gathered while he was waiting for me to arrive.

We drove into town and visited the Blues Museum in downtown Helena. I like this harmonica holster a lot. 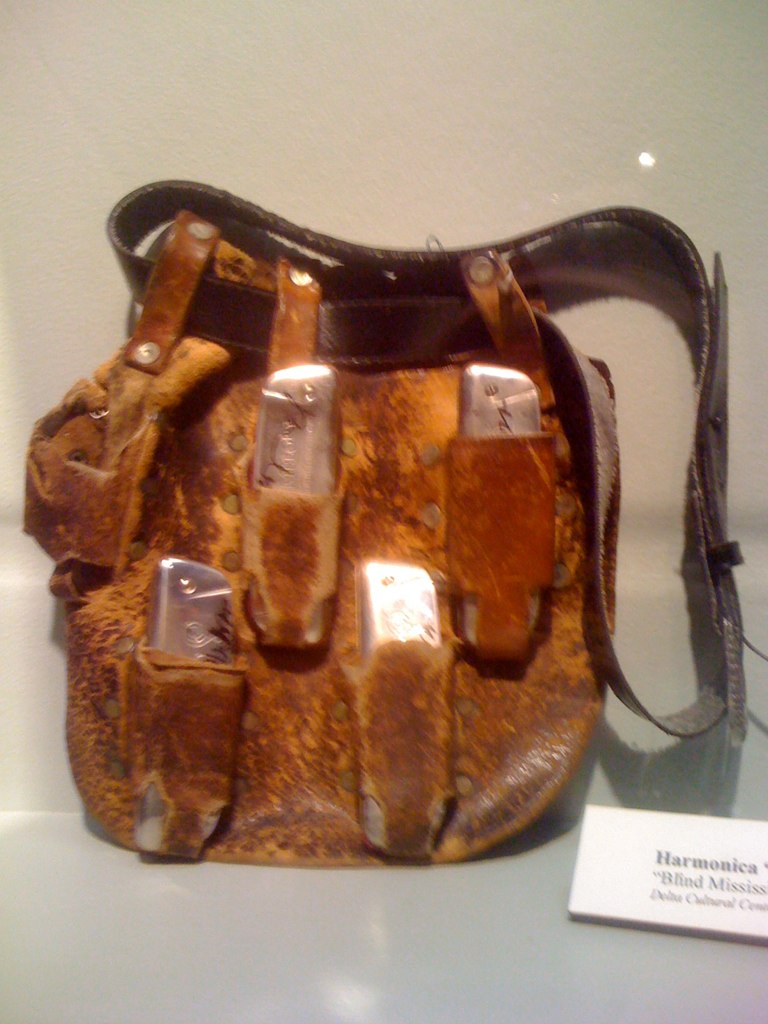