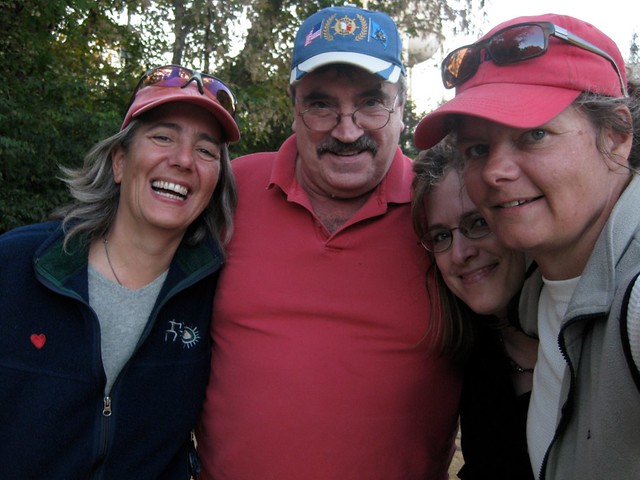 The last week has been a very different experience from the whole river trip so far. Last Sunday afternoon, when I paddled in to the Shelby Forest boat ramp about twenty miles above Memphis, Mary had met a couple, David and Shawna, who live in Memphis and had come up to Shelby Forest on a Sunday afternoon fall outing. It turns out that David is a real, honest-to-goodness riverboat pilot, straight from the pages of Life on the Mississippi. How’s that for a busman’s holiday: heading to the nearest boat ramp on your day off? David has been piloting towboats on the lower Mississippi (and the Orinoco, too) for something like 35 years. And he’s a literary pilot, a poet and a real reader. How cool is that?! And Shawna is a musician, she plays the cello, as well as being a nurse, and her uncle is a mandolin maker in Vermont who Mary knows, so it really felt like we had run into members of our extended family out there on the boat ramp. David had read the article about me in the New York Times, but hadn’t gotten around to emailing me — clearly, that wasn’t necessary: the river gods had already decided we should meet.

So Wednesday, after Mary left, (a million thanks, Mary, for an amazing time!) I headed over to David and Shawna’s house, and I’ve been there for almost a week! It’s the longest I’ve stayed anywhere on the trip so far, and I really needed the break, partially because I had some non-river-project work I needed to catch up on, and also because I wanted some reading time to get oriented to the southern part of the journey, and David’s library is full of exactly the books I want to read. And even though I’m staying in the same place, sleeping happily with Fred the cat every night, I must say I’ve been having some amazing adventures.

It happens that Shawna has decided to join the Mormon Church, and Saturday was her baptism. She generously invited me to come to the ceremony, so Saturday afternoon, I arrived at the appointed time, and was met at the door by a beautiful young man named Elder Bird, who was dressed all in white and barefoot. It became clear that Elder Bird was the one who would be baptizing Shawna. The service was done in a small chapel that has a pool behind sliding doors, which are opened for the actual immersion. There were some hymns, people testified in a deeply heartfelt way (there were lots of statements that began “I know…”), David read a beautiful translation of Rilke he had made, (I’ll try to post it soon), and the whole ceremony was a very compelling combination of simple, specific ritual and informal, sincere preaching.

At the reception afterwards, Elder Bird and his fellow missionary, Elder Meyers, began to explain some things about how the Mormon Church is structured: for example, there are no paid clergy, the Bishops and Presidents and so on are lay leaders, the missionaries have to raise the money to support themselves on their two-year travels. Joseph Smith and his Book of Mormon do not supplant the Old and New Testaments, but are meant to extend the Bible, perhaps not unlike Mohammed’s approach to Christianity in early Islamic faith? (How much trouble am I in now?!?) Congregations are determined by street address: you are put into a particular ward when you register. There are three services at this particular church (at 9 and 11 am and 1 pm each Sunday,) and it’s determined which one you go to based on your address, not on personal choice or any other affinities.

All this, plus the authentically warm welcome I received from every single person there, made me decide I would go back for the Sunday 9 am service with Shawna. (David is not likely to convert to Mormonism any time soon.) It was fascinating. I really think that Mormonism might be the most quintessentially (white) American religion I have come across. The lay leadership, the multiple testimonies, with their curious echoes of Quaker and Alcoholics Anonymous meetings are part of it. The fact that happiness is central to the religion is another striking thing. Happiness?! Straight out of the Declaration of Independence, but hardly mentioned in any church I’ve ever gone to. (I just checked. The word “happiness” does not appear in the NRSV of the New Testament at all. The word “happy” appears precisely once in the NT, to describe how the tax-collector Zacchaeus felt when Jesus consented to visit him.) And check this out: I would swear the bread of the eucharist was Pepperidge Farm white bread and the wine is of course water, since Mormons don’t drink alcohol.

The other striking thing is that family is elevated to being right up there with God. There is the Holy Trinity of God, Jesus, Holy Spirit. And then there’s the other Trinity of God, spouse, and children. It’s powerful, people. And all the church groups are gender-based from childhood. Powerful.

I understand in a new way how gayness really messes everything up for these folks. Not so much because of sex, but because it disrupts the clarity of gender roles. Would you put both women of the lesbian couple into the women’s group, or send one to the men’s group? How would any of this get decided without breaking the whole neat and tidy structure? So, yes, you just have to reject gay people because the structure rests on a very clearly delineated set of assumptions which cannot easily be altered.

And I’ll tell you, I sat there in church feeling very strange and terribly lonely. There’s something very excellent about having this whole edifice to reinforce intact families and spousal love, aligning the messy strange difficulties of human love with the eternal love of God. It’s really a great idea to have this whole network of traditions and people to help you make sense of intimacy with your God, and with your beloved, and with your children. And there’s no way on earth I could ever participate in any of this. And my heart goes out to my gay ex-Mormon friends: I begin to get a glimpse of how awful it must be to be forced out of this clean, well-lighted place, away from these otherwise completely generous and lovely people, and into a world where each of us has to figure it out on our own. 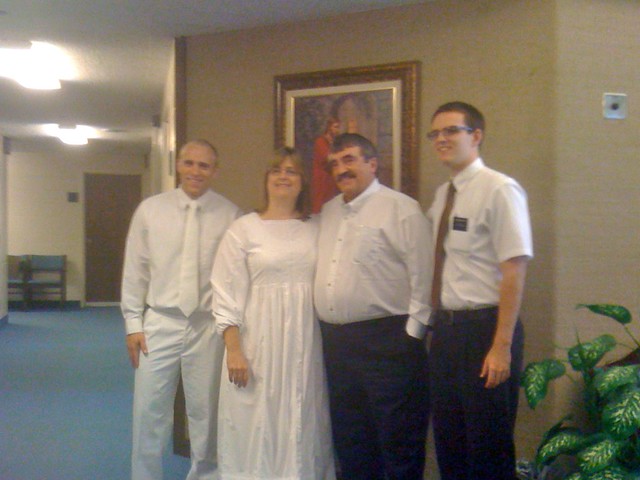