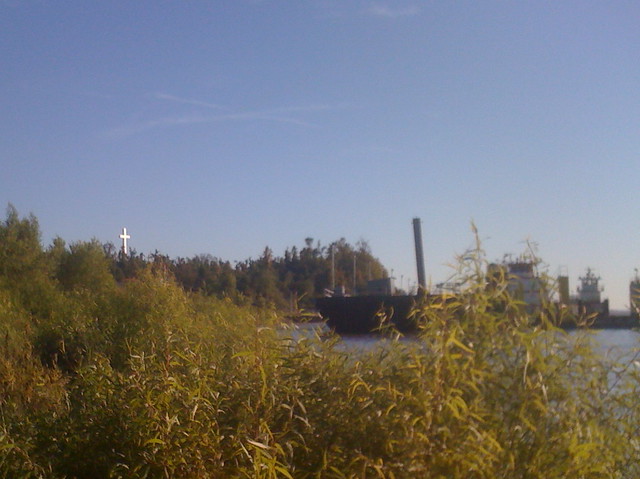 Because I wanted to go to church this morning, Mary decided to paddle the first part of the day, so I helped put her in at the tiny town of Commerce, well-named, since an unpleasant guy there actually charged us ten bucks to put in at his decrepit ramp, which I had to clear of logs and trash before we could use it. I decided to forego church in Commerce, and drove west to Charleston, MO, and ended up at the First Baptist Church. I was a bit worried what I would hear, after my experience of Baptist church in Fort Madison, but I really liked the service. There was a strong chorus, accompanied by both piano and organ, and the conductor was skilled, and she would have us sing the final verses of the hymns without accompaniment, a fine way to experience the coherence of the gathered congregation.

The sermon was good, nothing about beating children or the fires of hell, but an exhortation to give of the gifts we have been given, not just the offerings required by law, but freewill offerings from the heart. And he spoke vividly of time and talent, as well as treasure: it was not all about money, for sure. The sermon was all the more effective because he got quieter at the climaxes, drawing us in to follow his argument. Not unlike the a cappella final verses of the hymns.

I was repeatedly and warmly invited to stay for dinner (no coffee and donuts here, it’s a whole meal!), but I had to leave right after the service to drive way out on farm roads to the boat launch where I took over paddling from Mary. The last bit of road was too muddy and pitted to drive, so I left the car and hiked about a half mile to the ramp. Beautiful place, really remote: it’s at the beginning of a ten mile meander the river takes, shaped like the Greek letter omega, almost doubling back on itself before continuing down to the confluence with the Ohio. When Huck and Jim traveled this stretch it undoubtedly looked very much as it does now.

It’s becoming a Sunday afternoon tradition to hit a big confluence! I took a back slough at mile 5 (the river mile numbers start again at Cairo), and came out on the right side of the ”long tongue“ below Cairo Mark Twain describes, and there’s actually a point, the tip of the tongue if you will, where the Ohio and the Mississippi come together. It was a bit intense getting across the confluence and down a couple of miles on the left where I had told Mary I wanted to get out. The swells were big enough that the kayak disappeared in the bottoms of the troughs, and down in them I couldn’t see land at all. The ramp was obscured between some dry docks, so I almost missed it, and had to paddle hard to get in. No boils or breakers this time, just fierce big water. I take it very seriously.

We drove back in to Cairo and picked up a bottle of wine to celebrate the official completion of the upper river. 1325 miles. I am very moved to be here in the heart of the heart of the country. But it is heartbreaking to see the state of decay Cairo is in: practically a ghost town except for some pretty awful barracks-like projects on the outskirts. The liquor store was virtually the only functioning place in the whole town. We camped completely alone at Fort Defiance, which felt a bit risky, but somehow necessary, and were rewarded by a clear night with a million stars. I kept Uncle Bob’s very sharp knife in the hammock with me, more as a totem than as an actual weapon, and slept without fear. 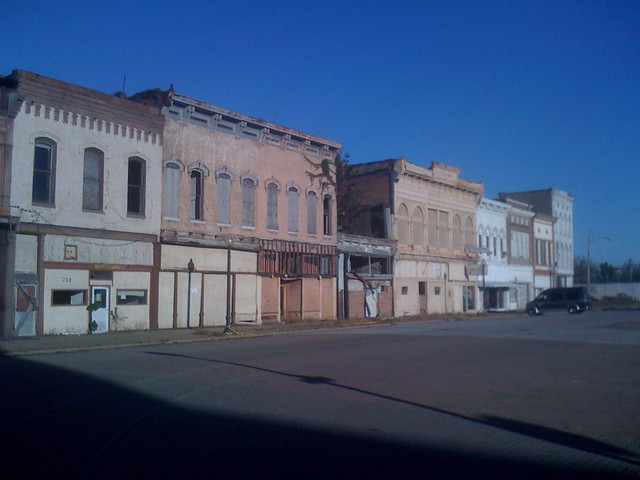