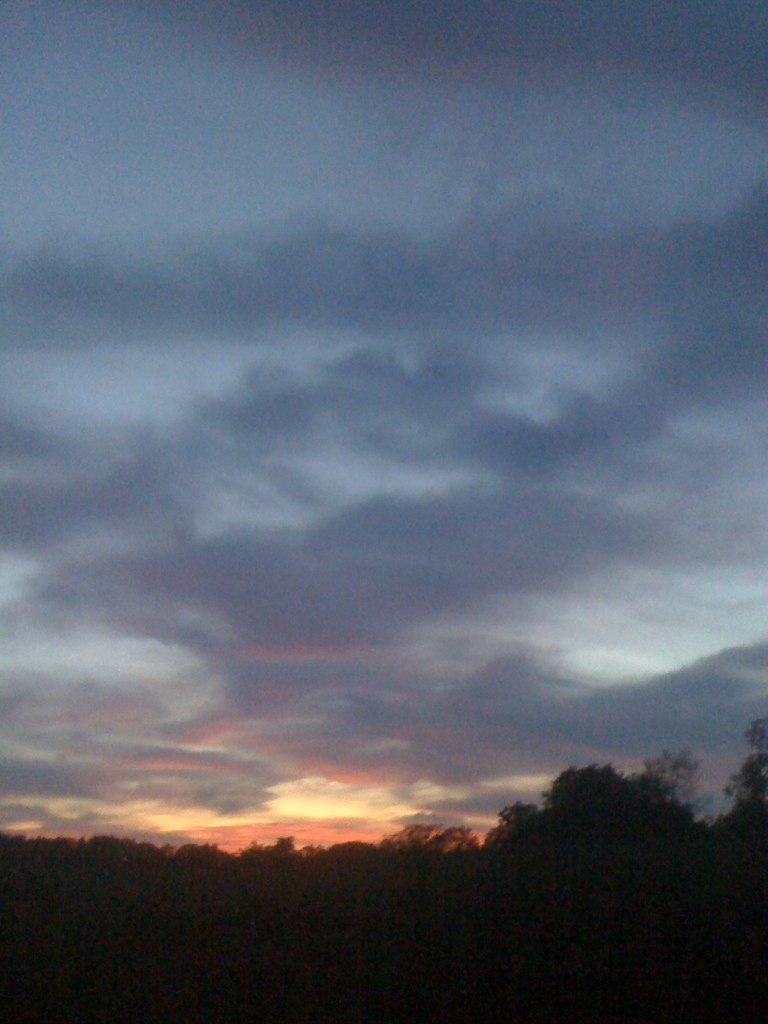 Yesterday was Mac’s last day and he chose to bike rather than kayak, so I drove him up to Balltown and unloaded him and the bike and then headed down to Dubuque to the public library for a bit, and then to Bellevue, stopping on the way to check out the Trappist Monastery, under re-construction at the moment, and the Fritz Chapel, a tiny chapel in a cornfield, built in gratitude for safe arrival from Luxembourg in 1850.

The woman I spoke with at the monastery suggested we check out the restaurant in the gas station at St. Donatus, which specializes in Luxemburgian food, so Mac and I went there for a last meal together before he heads back east. There was an actual bar there, along with the restaurant, with various sodden folks half-heartedly coming on to each other, and I had a sudden flash on how very different this journey would be if I were hanging out in bars every night instead of at boat ramps and libraries and parks and internet cafes and churches.

And when, after dropping Mac off at the airport this morning, I tried to find a non-chain coffee place in riverfront Moline to no avail, and ended up at the very fancy public library in Bettensdorf, I realize that one great advantage of traveling down the river rather than taking some other journey through America, is that most of the river towns are the oldest towns around, and they retain real character and individuality and flavor, whether rich or poor, gentrified or industrial. I see very few franchises, very little multinational hypercapitalism of any kind on this journey, and I almost begin to forget that mainstream American life is the Starbucks that will let me have free highspeed on my phone but not my laptop, unlike every single independent cafe I have been in on this trip; that the America of the interstates is virtually interchangeable from one end of the country to the other except for shifts of scenery, and even those are softened by the standardization of engineering that makes the highways safe and efficient. And even though I really should spend the day here at this well-equipped modern library catching up with email, doing research, and being responsible, all I want to do is get in the car and head back to rural Iowa, which feels far more like home, despite being about as foreign to my life in NYC as I can get in this country.

Mac’s departure has me sad: I will miss my excellent fellow traveler in a million big and small ways, but I’m also thinking about the fact that one of these days my trip down the river will be over, too. And I’m not at all ready for it to be over. That’s for sure. It’s a very good thing I’m only about one-third of the way down the river!