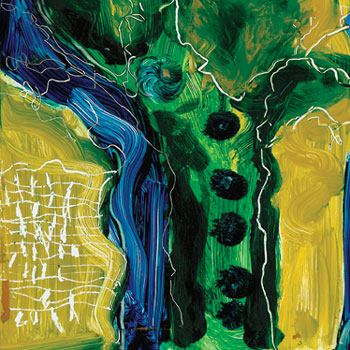 The CD you are holding in your hands is the second of several installments of RiverProject music I will be releasing over the coming months and years. (For other EPs in this series, follow this link.) This EP wouldn't exist without the support of Abby Sher, Spencer Beglarian (RIP), Astrid and John Baumgartner, Merle and Leslie Rabine, Zona and Jim Hostetler, and all my fellow-travelers, virtual and real, on this journey down the Mississippi.

This second CD highlights some rich collaborations I've had the pleasure to experience this last year: not only with Mary Rowell, Taylor Levine, and Malcolm J. Merriweather, my BRIM-mates, but also with the excellent trombones of The Guidonian Hand, and the wonderful Portland, Oregon based Third Angle Ensemble.

Click on the image next to the title for more info and/or scores.

In and Out of the Game began life in 2007 as part of the score for a collaboration with choreographer David Neumann called Feed Forward. In 2010, I made a video for the piece using footage I shot on 14 October 2009. The piece is dedicated to Paul, whom I met in Cape Girardeau on 15 October 2009. I wrote about our meeting in this blog post. 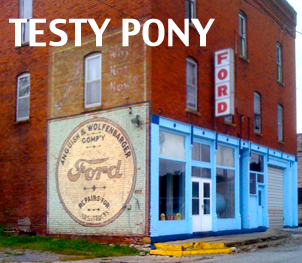 Testy Pony is a setting of a poem by the Portland-based poet Zachary Schomburg which landed in my in-box days before the first River Project concert in 2010. I think the poem beautifully embodies something of the emotional complexity of the journey, perhaps of all journeys. 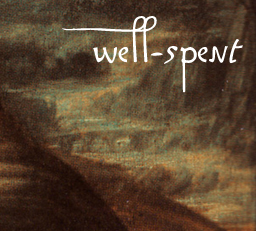 Well-Spent was written in response to a line in Leonardo’s notebook that I found soon after traveling down the river.

The water you touch in a river is the last that has passed and the first that is coming; so with the present moment.

The well-spent life is long...

The pre-recorded track is made from Mary Rowell’s recording of the Muddy Waters 1942 tune You Got to Take Sick and Die Some of These Days. Well-Spent was commissioned by the Third Angle Ensemble in memory of Donna Drummond. 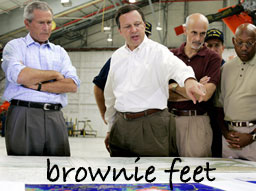 Brownie Feet is a messed up mashup with several sources: Feet Can’t Fail Me Now, a NOLA standard by the Dirty Dozen Brass Band, and the first movement of the Bach G minor Violin Sonata are the two necessary ones.