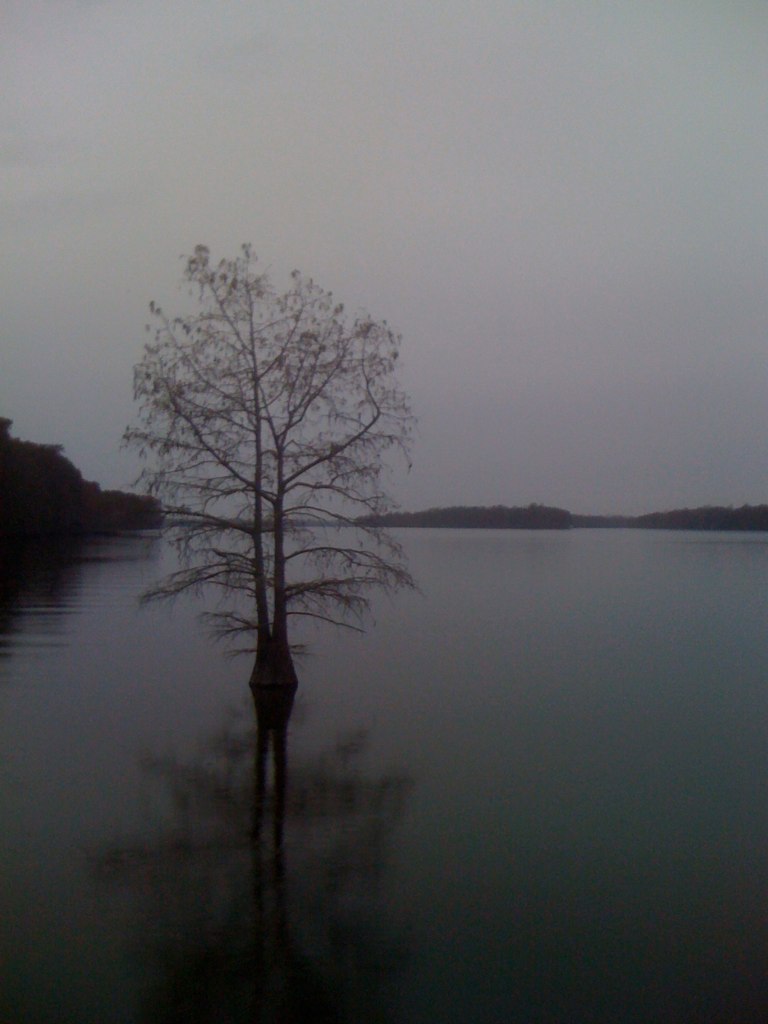 It was a rainy and gray weekend, and I spent most of it at Poverty Point Reservoir State Park, doing some much needed housekeeping (my computer was misbehaving, laundry needed doing) at this quite wonderful spot that has free wifi and laundry and good showers. I did take a drive up to the town of Lake Providence, looking for a cafe that turned out to be closed on Saturday, and ended up having an excellent oyster po’ boy at a little place overlooking the lake. The town felt oddly exposed somehow: I could feel almost viscerally what high water must be like for a town like this, on a promontory almost completely surrounded by lakes and rivers, and miles from any other town. The fields surrounding the town don’t really feel like they count as actual dry land, somehow: you know that if the water breaches the levees it will just pour down and across however many miles of farmland there are. Five miles, fifty miles, once those levees are breached, the water will be everywhere.

On Sunday, I came into Vicksburg for church at Bethel AME, a tiny congregation with a new young preacher. The sermon text was from 1 John 4, about how it makes no sense to say you love God and hate your brother. “Whoever does not love does not know God, for God is love.”

My first view of the river from the town of Vicksburg really took my breath away. To be up on a bluff again, overlooking the river after so many weeks of being right down in it in the Delta, was somehow deeply moving to me. I guess because I feel like the river is part of me, or I of it, I immediately felt protectiveness and kinship for this town that so honors the river.

I spent the whole afternoon at the battlefield park, which is a pretty overwhelming place. Miles and miles of statues and markers and memorials dot a landscape of hills and mounds and ravines and trenches. I had talked a bit with Shawn, one of the rangers, in the Visitor Center, and I ran into him again at the Illinois memorial, a Pantheon-like structure with really beautiful resonance. We talked for a good long time about Native American as well as Civil War history: he’s worked at a succession of parks over the years, so he knows about lots of things that interest me. He showed me a name on the wall of the Illinois Memorial and asked if I knew the story of that particular soldier. Turns out he served the Union for four years, returned to Illinois to work as a handyman and gardener, was hit by a car and taken to the hospital, where they learned Albert was actually a woman. The sad ending of the story is that Albert ended up in an insane asylum, where he was forced to wear women’s clothes, and died from a fall he sustained tripping over unaccustomed skirts.

In the midst of all these Civil War memories, in a town that perhaps has embodied the Confederate spirit longer than any other place (they did not officially celebrate the Fourth of July here until World War II, because Vicksburg fell, after 47 days of siege, on the Fourth of July 1863), I finished Anne Moody’s memoir, Coming of Age in Mississippi

. Somehow I had never come across this book before, and once I started reading it, it was hard to stop, and it is definitely hard going. It’s painful to walk around rage-filled and mourning the casualties of racism as you visit a place like the Old Courthouse Museum in Vicksburg. Honestly, I don’t recommend it. 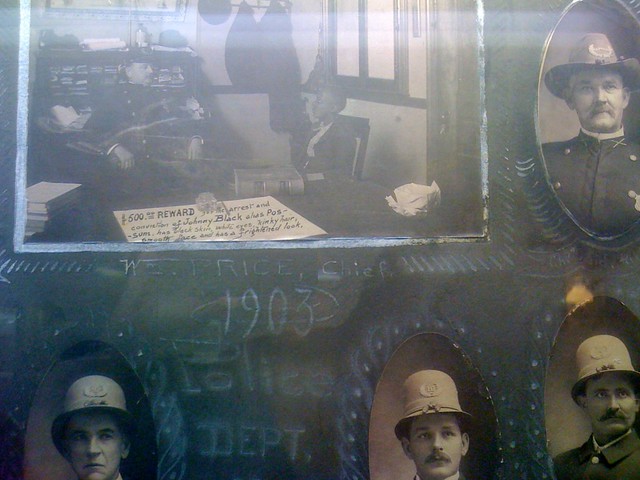 (The caption reads: “$500 REWARD for the arrest and conviction of Johnny Black alias Possum, has black skin, white eyes, kinky hair, smooth face and has a frightened look.”)

At a certain point on Monday, I reached a pretty dark place. I’d been looking too closely at the evil we can do convinced of our honor and virtue and righteousness, I’d been alone too many days in a row, that late-November desolation is in the air, and all of this together was beginning to be a bit too much. This journey is definitely about putting myself out there, but I had really reached my own limits.

And then in the course of a couple of hours, everything changed. Mary Rowell texted me to say she’s coming back out for Thanksgiving, dear Melissa was her unflappable and kind and competent self, organizing getting me insurance cards and audio interfaces, I talked with Mac, who told me he’s almost done with his grad school apps and he’s going to try to join on in ten days or so, and Linda Norton’s going meet me in New Orleans in December. Is that an embarrassment of riches, or what?!

But that’s not all!

My friend David Lehmann had introduced me to H. C. Porter’s gallery in Vicksburg and told me a bit about her powerful post-Katrina work. The gallery was closed on Sunday, but I stopped in Monday afternoon and met Lauchlin, who sent me to the cafe down the street and said Chris would stop in when she got home. And she came and retrieved me and immediately took me in and told me many good stories and gave me excellent dinner and a warm bed in her beautiful space that has a rooftop balcony overlooking the river, and we have approximately four hundred eighty six thousand things in common, and suddenly everything feels transformed, a light switches on in the darkness, and I can move forward, chastened by my awareness of how very much I need other people, how reliant I am on the kindness of friends and of strangers, both. 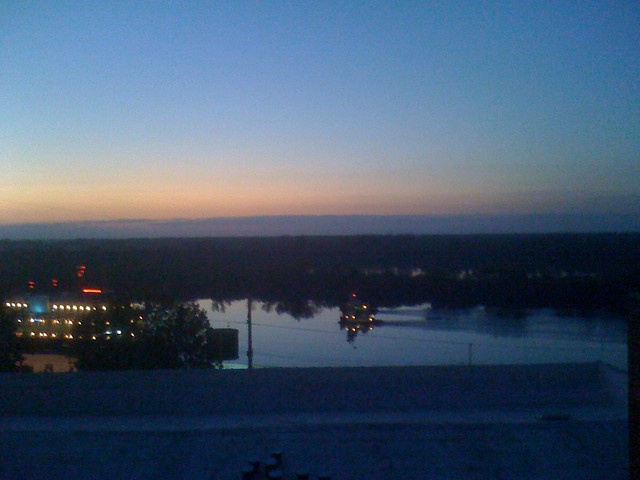