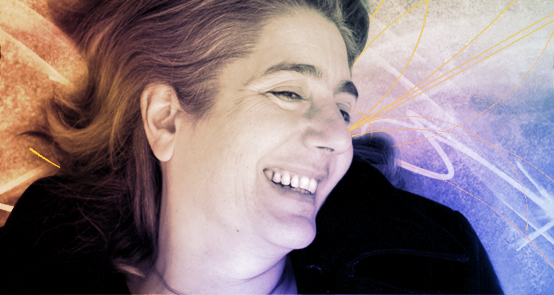 According to the Los Angeles Times, composer and performer Eve Beglarian “is a humane, idealistic rebel and a musical sensualist.” She has been awarded the 2015 Robert Rauschenberg Prize from the Foundation for Contemporary Arts for her “innovation, risk-taking, and experimentation.”

Beglarian’s current projects include Lighten Up, an multimedia music-theater piece about visionary visual artists in America; the long-term undertaking A Book of Days, text/music/visuals, one for each day of the year; and Brim, the ensemble and repertoire she has created in response to her 2009 journey down the Mississippi River by kayak and bicycle.

Performance projects include Brim, Songs from a Book of Days, The Story of B, Open Secrets, Hildegurls’ Ordo Virtutum, twisted tutu, and typOpera.